Godson Commodities - The entrepreneurs who quit their jobs and sold their home to change the lives of Ugandan farmers.

We spoke to the founders of Godson Export Commodities, Godfrey and Marketing Director Anne Macharia to understand why they started the business and what they have learnt along the way. Godson Export Commodities collects, processes and exports chia, quinoa, and sesame grown by smallholder farmers in Uganda. They are transforming the lives of rural farmers socially and economically by enabling them to fairly participate in organic food value chains. The partnership between Godson Commodities and Yunus Social Business has enabled them to grow immensely with access to finance and growth support.

HOW IT ALL STARTED

Godfrey Maina, who is originally from Kenya, came to Uganda for work and was shocked by the level of poverty he encountered; “My accountancy work with agricultural companies gave me the opportunity to travel into the fields outside Kampala in Uganda. Something that really surprised me was the expanse of agricultural land that was freely available and not being utilised. At the same time, there were huge problems with unemployment and lack of opportunity, especially for young peoplee. It seemed to me that the best thing to do was to utilise what they had (an abundance of fertile land) rather than focus on what they didn’t have. Of course, much of the land was already in use, but the trouble was the maize they were growing was loss-making. In order to make a change, I had to think outside the box.” Godfrey remembered a training event he had attended held by DFID a few years back with a focus on different high-value crops. In 2013, the prices of Chia seeds were very high because of its nutritional qualities and ”superfood” status in countries like Germany and the UK. He decided to quit his job at KPMG and start a chia growing business to truly make a difference. At that time his wife was working as a lecturer in Rwanda, so he asked her to move to Uganda with him to start the Chia Organic Farmers’ Network. The initial idea was to put the farmers together to grow the chia and link them with a buyer. However, they found that they weren’t able to find a reliable off-taker, so they realised they had to provide that linkage to the market as part of their business model. Now Godson Export Commodities is a fully operational business, providing seeds for the farmers to plant, field extension officers to train the farmers, they then buy the seeds from them to guarantee market prices and then sell them on to reach international markets.

“When we started,” Godfrey explains, “it was not a planned out business at all, it was a business that came up as a result of the need, and it was this desire that overrode common sense. I had a good job earning plenty of money, but I decided to leave it because I wanted to make a difference.” One of the biggest challenges they faced, in the beginning, was access to capital. They had the first batch of chia that the farmers had grown but unfortunately, their first potential buyer fell through. They went round to all banks to try and finance the business, but none of them wanted to finance a business that was less than a year old and had no proof of contracts, sales or any agreements. All they had was a warehouse full of chia seeds!

Then Godfrey did something that demonstrated a huge amount of courage; “ I asked my wife, if we want to make a difference to these farmers, and they have these chia seeds, maybe we could sell our home to pay for them? Of course, it wasn’t a decision we came to quickly, but we decided to take the risk and go for it.” They sold their home, bought the chia and it ended up taking a terrifying nine months before they could find a buyer. This was the point that the partnership with Yunus Social Business began, they had more chia to sell but needing working capital. The banks wouldn’t touch them, nobody would agree to finance Godson Commodities because they didn’t have the security and only had one customer. Yunus Social Business offered them a concessional loan of $100,000, even though they didn’t have any collateral to give, just the current financials from the business which showed they had the business model and motivation to succeed. From there in the words of Godfrey, “it has never been the same again, they opened everything up for us. We are still working with Yunus and they are supporting us in funding because the business is growing more than we could have imagined. It’s not just about making a lot of profit, but growing the social impact of the business to reach more people. It was that first step that really made the difference for us, back then when nobody would touch us. Today we have banks coming to us and saying we want work with you, but for us starting with a financer like Yunus Social Business that understands us means everything and allows us to be where we are now.”

SEEING THE REALITY OF CHANGE - ONE TOILET AT A TIME!

The difficulty with growing a business with the goal of social impact is how to measure that impact accurately. Counting the number of families reached by the services, or higher incomes is one way, but it’s only by speaking to the beneficiaries and employees that you can get a full understanding of what they actually need and therefore how to help them. Godfrey told us in concrete terms how he can see the impact of his work; “I may not have the ability to exactly measure the change, but I can see from three years ago what the homestead of these families looked like, they were living in thatched houses, the toilets were something that you wouldn’t want to talk about...but now if you want to go for a short call, the toilets are clean and sanitary! The farmers will tell you that their children have finished the fourth form as they can now afford school fees, or they have even finished university. They now have the means to educate their children and send them to university - even with just two acres of chia planting. It gives me a huge amount of joy that my desire to change the lives is of these farmers has actually become a reality.” It’s in these concrete changes, like the family being able to afford better sanitation facilities and allowing their children to finish school that the benefits of social businesses like Godson Commodities really shine through.

THE MADDEST MAN I’VE SEEN AROUND

Godfrey’s wife Anne describes him as “the man that convinced me to sell my home in order to run the business - he is the maddest man I’ve seen around”. However, Anne did tell us that she was grateful they made that decision. “When I go out in the fields, the women and the children that benefit from the chia seed and Godson group, it gives me so much joy”. Anne spoke to us about the work that goes on in the warehouse. When the seeds come in from the farmers, they first check them for quality in terms of weight, purity and moisture levels, bag them, batch and code them. So whichever batch is going out to the market, they are able to trace it back to the regions it came from. They then separate them and remove any impurities so they are ready for high standards required of organic chia in European markets.

HOPES FOR THE FUTURE

Godfrey is committed to improving the lives of the farmers, “Now we have secured the farmers with better incomes, we are trying to find ways for them to live their dreams and change their livelihoods in the long-term. We are creating micro entrepreneurs within the Godson group, by enabling young unemployed people to purchase thrashers, we have been able to train youths in the villages to own their own to earn their own livelihoods.” The objectives for Godfrey and Anne in the next three years are to scale the business to support 25,000 farmers growing chia seeds that they have a market for. They also aim to support around 1,000 micro-entrepreneurs, running their own businesses outside of the direct chia chain, but still within the Godson group. This season they expanded some trials with organic soya seeds, in order to incorporate crop rotation (a requirement for the organic certification) and diversify the crops the farmers are growing. They aim to grow the product range to around 3 or 4 products so that the farmers have the ability to adapt in case there is a change in the market dynamics.

Godson Export Commodities has acquired a distributor based in Denmark, which will provide them with a guaranteed route into the European market and allow them to increase their exports at an even faster pace. They are currently trialling several programs to provide the farmers with different forms of training, new farming inputs, and even savings accounts, which may deepen their impact with the farmers. The social business works with over 6,000 farmers and has trained more than 4,000 of them to use organic farming methods. Godson has more than doubled its chia exports over the last year and expects to ship more than 1,500 metric tonnes of chia this year. YSB is working to help the social business to improve their farmer tracking system, which will allow them to more accurately track participants and the impact of these programs.

If you want to support social businesses like Godson Commodities to grow, think about providing a monthly donation to Yunus Social Business 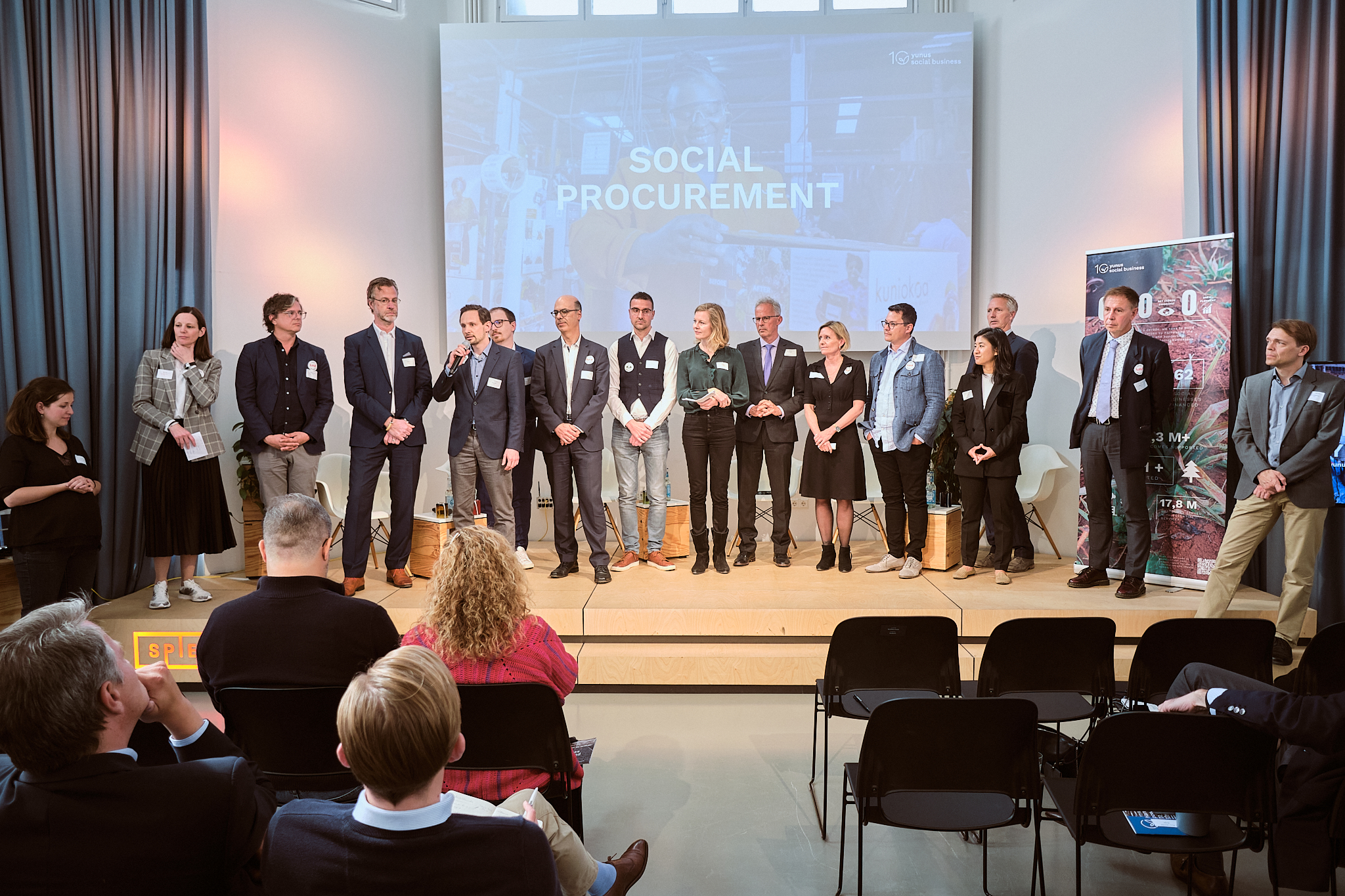 Last week, we celebrated our 10 year anniversary! For the first time in two years and two months of restricted travel, YSB Co-Founder & Chairman Prof. Yunus was able to leave his home country of Bangladesh in order to join us in person. 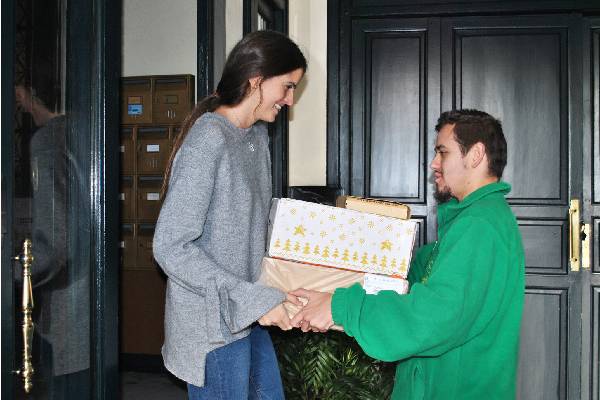 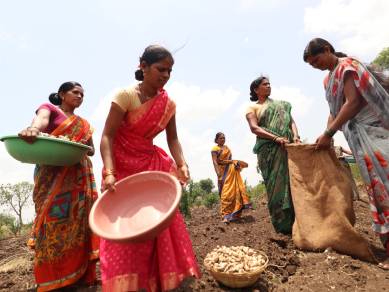 The end of 2021 marked a rather special milestone in our history: we turned 10 years old!