According to a survey by the Brazilian Federal Government, 3 out of 4 households are headed financially by a woman and 41% of them own their own business. Female entrepreneurship has become an important tool for social transformation and has directly contributed to the growth of Brazil’s economy. But despite this growth, it’s still apparent that few women are prominent in the sector. In Brazil, the social business ecosystem is limited to more developed regions and is generally dominated by white men. The situation becomes even more alarming when we segment by social class, where we see a limited access to opportunities for female entrepreneurs to combat inequality.

To break the cycle of lack of representation for female empowerment, Yunus Social Business Brazil teamed up with the Empreende Aí School of Entrepreneurship, created by Jennifer Rodrigues and Luis Coelho. Empreende Aí  trains micro and small entrepreneurs from communities and slums. Together, the organisations created the A.M.E.I programme (Women’s Impact Entrepreneur Accelerator).

The programme, which was supported by the British Council, the Via Varejo Foundation, the Consulate of Women Institute and the University of São Paulo, took place between February and July 2019 and aimed to place those on the periphery as a protagonists of economic development. The programme recognised the need for local solutions, empowering the talents of the local communities to solve the challenges that they face.

In total we received 179 applications, pre-selected 51 entrepreneurs and finally selected 31 businesses for the first stage of the accelerator. The first stage featured 10 face-to-face meetings that addressed business-related topics such as digital marketing, sales, cash flow management, and tax issues

At the end of the process, after five months of immersion, 8 entrepreneurs were selected for the second stage of the programme, which consisted of specialised mentoring and investment of $5,000 Brazilian Real in seed capital, equating to around $1250 USD.

CHECK OUT THE 8 SOCIAL BUSINESSES WE HELPED WITH FINANCIAL SUPPORT AND SPECIALISED MENTORING:

Created by entrepreneur Suzana Sousa, Akotti develops maternal and infant accessories such as slings. The origin of the business name is a tribute to Akotirene, the first matriarch leader of Quilombo dos Palmares, a fugitive community of escaped slaves in colonial Brazil. Akotii was born in order to rescue “identity” as a form of empowerment and protagonism.

Jozi Belisario is the entrepreneur behind Aneesa, a project born with the dream of bringing affordable representation to black girls. By designing and selling black dolls for children to play with, from their early childhood young women are able to see themselves represented in society

Ju Dias created the popular marketing agency “Bora Lá! Communication” which aims to improve the visual identity of small entrepreneurs and social and cultural projects on the outskirts of the city. Bora's main goal is to prioritise the relationship between the neighborhood and its enterprises.

Entrepreneur Andrea Soares is at the forefront of Crossing Connecting Health, a rare disease patient app that not only helps build a support network for people suffering with rare disease, providing them with quality information.

Created by the young Yasmin Christe, Go Girl is a social business that aims to rescue and recycle abandoned clothing that would go to waste. Pieces which are usually discarded are up-cycled and re-introduced as fashionable new items!

Lilian de Paula bet on conscious and vegan fashion to create Ornament, which develops bags and accessories with vegan raw materials (free of animal origin). All linings of the pieces are made with reuseable fabrics (that would be discarded) by a seamstress cooperative that operates in Campo Limpo, in the south of São Paulo.

The entrepreneur Lilian Sorares works to recycle discarded furniture in the streets of São Paulo. In addition to adding value to the recycled products, the studio helps to reduce deforestation and over-production.

Patricia Xavier began a confectionery business to hold workshops to engage women from the outskirts, where the vast majority are of African descent. To undertake the "Do and Sell" line, the business teaches women to run micro sustainable businesses, which generate social and economic impact for the local communities.

SUPPORTING FEMALE ENTREPRENEURSHIP IS PART OF OUR HISTORY!

To this day Yunus Social Business maintains the core of supporting female entrepreneurship around the world as Professor Yunus did in 1976, when he began experimenting with providing small loans to poor women without traditional bank guarantees or requirements.

The project was called Grameen Bank and later in 1983 became an official bank to provide loans to the poor, especially women in rural Bangladesh. Today Grameen Bank has more than 8.4 million borrowers, 97% of whom are women, and disburses more than $1.5 billion a year. The idea has spread to almost every country in the world, including developed nations like the US.

By supporting the sector, we pursue the mission of democratising entrepreneurial education and strengthening the female entrepreneurship ecosystem. 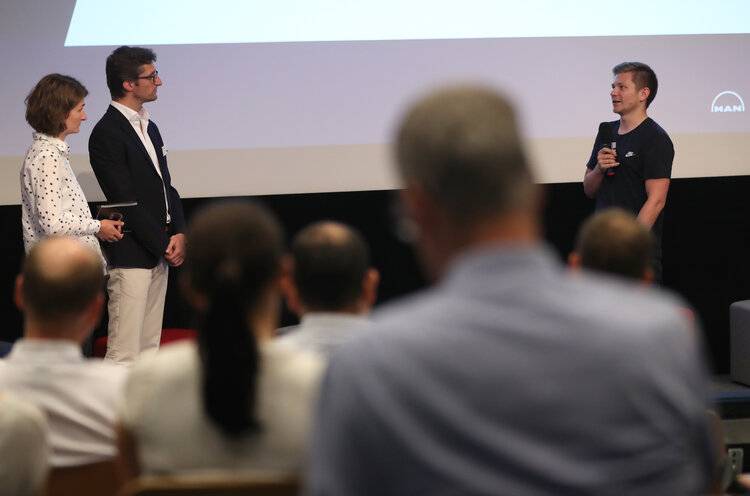 Tom Schneider is one of our dedicated mentors from MAN Truck & Bus, here he has published his thoughts and unique perspectives of his mentoring experience with the MAN Impact Accelerator. 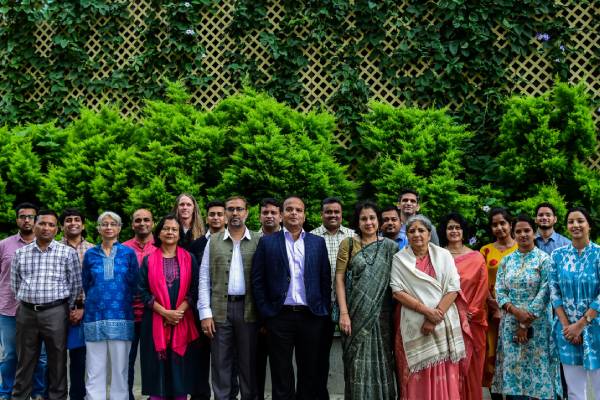 Social entrepreneurs are incredibly busy people - but it’s important for them to take time out of the day-to-day to reflect and learn from each other. It’s not only fundamental to finance social entrepreneurs but to develop an eco-system where businesses focussed on impact are both supported and celebrated. 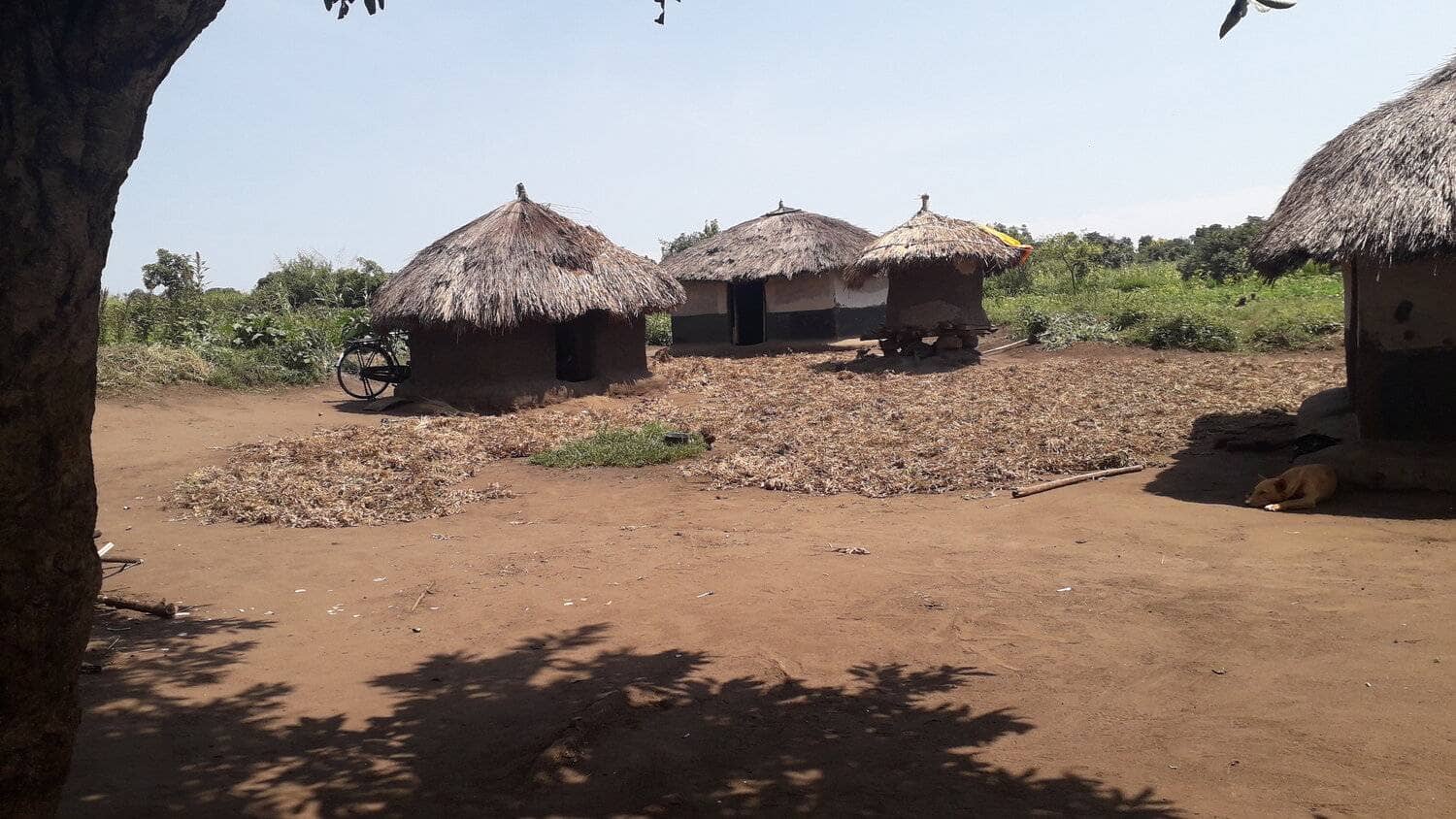 Since the COVID-19 crisis began in January this year, we at Yunus Social Business have been acutely aware of the potential threat it poses to the populations we support. While governments in wealthy European countries have been subsidising employee salaries, this has not been the case for the emerging countries in which our portfolio Social Businesses operate.